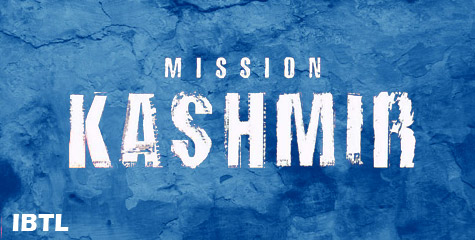 The grand family of Indian nationalism, the Rashtriya Swayamsewak Sangh has for long been associated with Kashmir. It was the second Sarsanghchalak Shri Guruji who had met the Maharaja of Kashmir Hari Singh and convinced him to merge Kashmir with India when the latter was vacillating due to his majority Muslim population. It was Dr. Syama Prasad Mookerjee, an RSS leader and the founder of Bhartiya Jansangh who sacrificed his life to end the Permit system to enter Kashmir.

Now, RSS has launched its new mission kashmir. Sangh is trying to get its message reach to the intellectuals in the society. Arun Kumar, a member of the RSS national executive has been doing this work. Arun Kumar says that it is vital for India to control Gilgit if India has to become a superpower because Gilgit is the place where 6 nations meet - India, China, Pakistan, Afghanistan, Tazikistan, and Tibet (which RSS still considers a nation encroached by China). He says that while Indian government provides all facilities to Indian Kashmir, it so conveniently forgets PoK which is very much ours.

Sangh has reshaped this movement now. It doesn't want to let politics take over and ruin this issue, rather it wants to shape it as a non-political mass movement running on the support of all political parties, nationalist organisations, and common people. RSS is raising the issue of discrimination against Laddakh and Jammu areas. Arun Kumar says that for media and political parties, J&K just means Kashmir valley, and no one cares for the plight of the residents of Jammu and Laddakh, mostly non-muslims. Even though there is higher population in Jammu, Kashmir sends more legislators to the assembly.

RSS is no longer blaming Nehru and Sheikh Abdullah's role to create the trouble of Kashmir. Sangh's only agenda is to bring to focus the issues of Jammu and Laddakh. In the initial rounds, meetings are taking place on how to educate the public. The subsequent rounds will follow mass awareness campaigns and raising a mass movement on the issue.
...