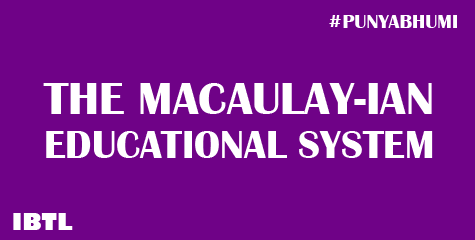 The Rig Vedic worship of many gods and goddesses provoked commentators from Abrahamic faiths (mainly Christians) to call the system polytheism (the worship of many gods). Modern Hindus are no longer intimidated by the polytheist label. Hindus believe that their land isPunya Bhumi (sacred earth) inhabited by the gods and goddesses of the universe, who are invited to special open air feasts (yagnas) and also housed in temples built for them by devotees. Perhaps no country in the world has so many temples, from north to south, east to west, and no other religious tradition has invoked the presence of deities in the Vedic yagnasand their successors in the Agama traditions of ritual and worship.

The Hindu bhakta knows that the gods actually EXIST, but the educated Hindu elite are reluctant to admit to their heritage thanks to the massive indoctrination by the Macaulay-ian educational system and the missionary onslaught on Hinduism which denounces it as ‘pagan’, ‘polytheist’ etc. They contrast it with their ONE true god in whose name they have visited death and destruction on the planet.

Recent commentators from the Hindu side, such as Swami Devananda Sarasvati (a Dasanamisannyasin) and earlier still, the chronicler late Sita Ram Goel, have pointed out that the contemporary educated Hindu elite have been misled by their ill-conceived identification of Monotheism and Monism, and their inability to understand that the difference is crucial to understanding Polytheism.

Sita Ram Goel prefers the word Panentheism to Polytheism (to describe Hinduism) since the former emphasises the special Hindu concept of Ishta-devata, the special deity to whom a worshipper can relate to (a phenomenon unique to Hinduism).

The crucial difference between Monotheism and Monism is that the former believes in a ONE true god, and denounces the gods of other faiths as ‘false gods’, whatever that means, for how can a god be ‘false’ if the concept of god is real?

Monism believes in the Infinite existence of the Divine, which is characterised by Existence, Consciousness and Bliss (Sat, Chit, Ananda). This is better known as Advaita Vedanta or Non-Dualism (Unity, non-divisiveness). Its best articulation came with Adi Sankara (788 -820 CE). There are two other major Vedantas, the qualified non-dualism of Ramanuja and the Dualism of Madhva.

Modern practitioners of Monism are many, the most renowned being the Kanchi Sankarachariar who specially highlighted the importance of the many gods in Hinduism:

“… a yagna is making an oblation to a deity in the fire with the chanting of mantras. In a sense the mantras themselves constitute the form of the deities invoked. In another sense, themantras, like the materials placed in the fire, are the sustenance of the celestials invoked…” (Hindu Dharma: Chapter on The Vedas).

Elsewhere, the Sankarachariar remarked that the devout Hindu also sees the forms of the celestials appearing in the yagna fire.

These preliminary remarks are intended to emphasise the link between Hindu Monism and Rig Vedic Polytheism. It allows for an enriched Hindu Pantheism where the devotee does not consider his/her chosen deity (ishta devata) as the only true god, and does not anathema-ise the gods of other faiths, as happens in Abrahamic monotheism. This is, of course, the difference between Abrahamic monotheism and Hindu pantheism.

Abrahamic monotheism must be rejected by Hindus for two reasons: [1] political, [2] religious.

Politically, monotheism has been the source of conquest, violence and intolerance, both in Christianity and Islam. It is important that Hindus are always vigilant to this dimension in the interests of security. The security question arises not only in the crude context of everyday dangers such as the throwing of a severed cow’s head by miscreants inside a Hindu temple or the verbal abuse of Hindu scriptures and temples, but the equally looming danger of sophisticated Inculturation. Here we perceive both Islamist and Christian attempts to find their monotheistic doctrines reflected in the Rig Veda, and the sophisticated attempts to wrest the ‘Rishi tradition’ as they call it, from the Hindus, distort it and appropriate it for their own purposes.

In this project, the Vedas are no longer dismissed as ‘paganism’, but viewed as harbingers of the two monotheistic faiths. This can range from the crude attempt by evangelical Christians (and Islamic counterparts) to find references to Jesus in the Rig Veda, and/or references to the coming of the prophet and so on, to the more sophisticated attempts by scholars (mainly Catholic, but also such persons as Dr. Zakir Naik) to find parallels in the thinking of the Veda and their own scriptures and beliefs.

In this way, Inculturation, or the process by which another’s culture is absorbed into one’s own, has become a current trend. The aim, of course, is to eradicate the visited local culture. It is not some gentlemanly exercise or purely scholarly enterprise. The agenda is clearly there.

The link between Hindu Monism and Rig Vedic Polytheism establishes the richness of both dimensions: the Infinite Divinity and the infinite manifestations of this Divinity in the gods and goddesses that Hindus worship. One can theorise about this link, as have the great Hindu philosophers such as Adi Sankara, Ramanuja and Madhva. But for our purposes it is important to keep in mind that these manifestations are the murtis (derided as ‘idols’ by monotheists) that Hindus consecrate and install in temples and worship. Hence, the importance of murti reverence and temples in Sanatana Dharma.

When the barbarian invaders arrived, their first task was to destroy as many temples as they could. Thousands of Hindus lost their lives in defence of these temples. The shocking desecration of murtis by Islamists and Evangelicals continues to this day, though on a smaller scale, and mainly by Evangelicals.

If the underlying unity between Monism and Hindu Polytheism is not clearly understood, many Hindus get misled to believe that the ONE god of the monotheists is the same asSatchidananda (Infinite Divinity) and go on to downgrade Vedic polytheism as an accidental/ incidental feature of Hinduism, which Hindus outgrew in their historical development, and are now presumably moving towards the higher (sic) faith of Abrahamic monotheism. This is a profound mistake and merely parrots the narrative put forward by the ONE god-ists. Nor is the ONE god the same as the ishta-devata of Hindus. The ONE god is held by its followers to be the ONLY true god with all other gods being FALSE gods. Whereas the ishta-devata is only one among many gods and each devotee is allowed to worship freely his/her own ishta-devata(who may be different from the kula devata or even the grama devata).

The difference is politically significant since the ONE god-ists are prone to intolerance, violence, conquest and proselytisation, as happened historically and continues with a renewed sense of urgency by the Evangelicals today. Hinduism, thus, is always in danger of attack from the ONE god-ists. The punya bhumi is the land peopled by the gods and goddesses of the Rig Veda and many other divinities and eminences of the Indic tradition who are not mentioned specifically in the Rig Veda. It has to stay that way.

The further philosophical /religious/ spiritual dimension of the Satchidananda-Polytheism link is that while Vedanta stresses the former aspect, the latter is important for the householder (grihastha). The four stages of life (varnashrama dharma) each have their owndharma. Even Adi Sankara, as far as is known, stressed that the householder must fulfill his/her duties before taking up the last stage of sannyasa (incorporated from the Jaina ascetic tradition). In this he was different from the Buddha, for whom the monastic life could be taken up at any time that the individual desired.

Related articles
# The Path of Vegetarianism
# What is India: A Federal State?
﻿# Political Self destruction is now an Art Form
# Letter against removal of Devnagari numerals from Education