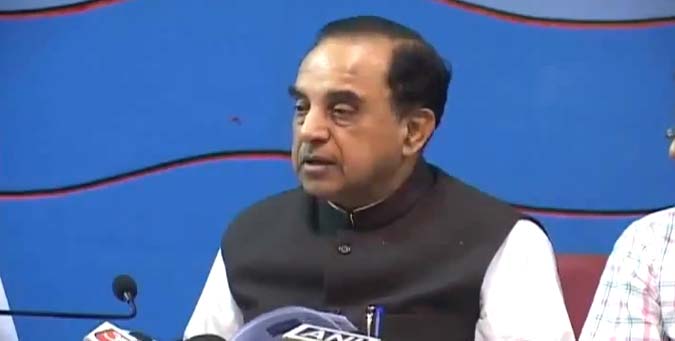 Complete text of written statement of Dr. Subramanian Swamy, President of the Janata Party and Former Union Cabinet Minister for Law and Commerce, made in Ahmedabad, Gujarat on October 27, 2012:

Mr. Rahul Gandhi registered a company called Backops Services Pvt. Ltd. On May 27, 2002 with main objective to provide “back office and advisory support services to international and domestic clients”. The company filed its accounts with RoC only in March 2007. There was no filing of 2003 and 2004. This is violative of Companies Act.

Till 2009, this company was accepting money from abroad. But it never took RBI permission which is another violation. The company stated in 20052:03 PM 10/27/2012 that it received Rs. 41 lakh as foreign exchange. The company had also appointed a US citizen Ulrik R McKnight as Director. But never informed the RoC on appointing a foreigner from 2005 onwards.

Surprisingly 2006 onwards, the AGMs were held in Priyanka Vadra official residence, 35, Lodi Estate. This is also violative of the rules on Government houses allotment.

On May 24, 2010, the company informs RoC that Rahul Gandhi has resigned from Directorship on March 24, 2009 to avoid prosecution. In 2009 election affidavit, there is no disclosure of Rahul’s shareholding in this company. The election affidavit of Mr. Rahul Gandhi as on March 31, 2009 was filed on April 4, 2009 but there is no mention of this company which is also illegal since Mr. Gandhi owns 82% share of the company and is thus the owner.

Priyanka Gandhi was appointed as Director after Rahul’s resignation on the same day. That information also took a delay of 14 months to inform RoC.

Dr. Swamy has shared a file of 18 page photocopies of documents of Backop Services Private Limited, The Associated Journals Ltd and Young Indian. Many documents have signatures of Rahul Gandhi and Priyanka Gandhi.

# Report of the Directors to the shareholders of Backops Services Private LTD (NO. 35, Lodhi Estate, New Delhi – 11003). Rahul Gandhi has been shown as Director along with another Director Manoj Muttu.

# Young Indian: Additional information as required under part IV of schedule VI to the companies act, 1956. Motilal Vora signs as Director on 26 April 2012.Other Directors’ signature not readable.