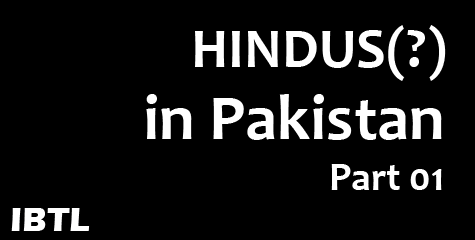 The issue of around 150 Hindu refugees who have come to India on a visa after enduring years of persecution in Pakistan is not getting close to settlement. The Congress-led UPA government has made its stance clear that those Hindus would have to go back to Pakistan. The sympathizers are apalled at such an inhumane attitude of a government which has hardly taken any action against crores of illegal Bangladeshi migrants. The political parties which champion the cause of Bangaleshi immigrants are mum on this issue. So much so that Ram Vilas Paswan of the Lok Janshakti Party had even demanded citizenship for all illegal immigrants in a move to woo minority votebank, but when it comes to Hindus who are here on a valid visa and are requesting the government to provide them asylum, except for BJP and some Hindu organisations, no one is batting. It is certain that those poor people would prefer death than a return to what's been nothing short of hell for them.

Senior BJP MP from Rajyasabha and party's national spokesperson, Tarun Vijay recently visited these Hindus. He recounts that they are in tents and their kids are playing in the dirt. But their faces look glowing with confidence and assured safety as they're in India, the homeland of Hindus. This freedom makes even the refugee souls happy. They are all from Sindh Hyderabad, Pakistan -- 28 families, 151 persons, including women, kids and the old men.

Lacchmi, a septuagenarian, recounts: "We have had a life full of misery and ghulami. I didn't want that for my grandchildren. They must get a chance to live as Hindus and study. It's nothing but Islamiyat teachings in schools and the entire atmosphere pushed our kids either to convert to Islam or live a rotten life worse than animals."

Sobha Ram, 65, says, "We don't have any resources. We work in the farms of Muslim landlords and make a small living. But our daughters and sisters are always victims of the lust of landlords. They are forcibly converted, nikahs are solemnised without our consent and then there is nothing but darkness for us. Even in death they humiliate us, often they don't allow us to cremate our dead. Our cremation grounds are encroached upon and they tell us to bury our dead as the cremations leave a 'bad odour' that they dislike."

Arjun Das, their more vocal leader says, "We tried for seven years to get visas from the Indian embassy. Every year we returned with denials. It had become an annual ritual for us to travel to Islamabad, as India has no consulate in Karachi. We would wait for hours and days outside the Indian High Commission for our turn to come. And then they would say -- visa nahin milega (you won't get a visa)."

Jeevan, a 14-year-old boy, was stopped from wearing a hanuman locket by his teachers in school. He recollects how they would always use sarcastic words to belittle him before his friends, for no reason. Abusing and cracking jokes on Hindus is a common practice. Even in their movies and plays, often Hindus are shown as lecherous, ready to do any dirty thing for money, and as spineless banias.

So far Gogna's Human Rights Defence India organisation has helped these hapless refugees from Pakistan. They want citizenship, a place to live and start a new life.

The plight of Hindus is no surprise is Pakistan. Ever since it was carved out of India, Hindus have been subject to killings, persecution, humiliation and forcible conversions. Hindus are constitutionally directed to vote only for the Hindu candidates in their designated constituencies. Hindu women do not display the bindi or mangalsutra out of fear. Most of the Hindu temples have posters and calendars in place of stone images of gods and goddesses.

Even in areas like Sindh and Hyderabad, where Hindu concentration is comparatively larger, no school is allowed for minorities to teach their children their religious books and cultural values. They have to do it silently in their homes. Their kids have to learn, compulsorily Islamiyat in schools. Hindu priests too wear half skullcaps to look like everybody else around. Identity shouldn't be disclosed, is the first step to survive.

Even Hindu weddings solemnized with Hindu rituals are not legally recognized by Pakistan’s legal structure. The Hindu population which was well above 25% after partition has now reduced to barely 2% in a matter of just 60 years.

The radicalized education is the root cause. Pakistan’s children are taught hatred against Hindus since class 4th. The curriculum is designed this way. International commissions have studied this trend and have published reports denouncing this practice, but Pakistan has only gone from bad to worse. Bangladesh, which was formerly East Pakistan is no different. The country which owes its very existence to Indian army became an Islamic nation within 4 years of its creation, and it implemented the enemy property act of Pakistan with a changed name. This act enables the government to take away the land of Hindus treating them as enemies of the nation and that of Islam. Pakistan had adopted this act in 1965, the year in which they had a war with ‘Hindu’ India.

Next part : about what the Pakistani kids learn from young age Click here