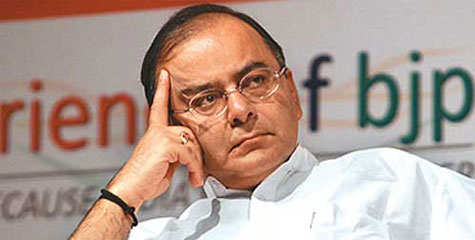 The United States of America and the European Union have been demandeurs seeking that India permit Foreign Direct Investment in its retail trade. India has obviously resisted the demand till date. Their object is that large international chain must control the food supply chain and the distribution of other items of daily utility in one of the world’s largest markets, which accounts for over one-sixth of world’s population. In any trade negotiations, you seek counter-concession for concessions you grant. Increasingly, both the USA and the European Union have become more protectionists. Without extracting any concession back, we have taken a unilateral decision, gifting to their retailers the right to control the distribution network in India.

It is good to be a reformist. Traditionally, a lot of us find ourselves on the side of reforms but every change is not a reform. Changes which may end up hurting domestic interests are really counter-reforms. The time for allowing FDI in retail sector in India has still not come.

In recent years, both small and organized retails have grown. A significant investment is being made year after year. The pace at which domestic retail is growing is modest and it is able to co-exist with small retail. However, at this stage, if international retail majors are permitted the consequences will be adverse.

The character of the Indian economy is service-sector oriented. The latest NSSO survey shows a loss in employment. Self-employment continues to be the largest single source of bread earning. Agriculture and retail are the largest job providers in India. Is international retail going to give additional jobs, or is it only going to displace existing jobs? If purchasing power increases with the expansion of Indian economy, it will reflect in the co-existence of structured organized domestic retail and small retail. International retailers with deeper pockets will displace existing jobs in the retail sector, rather than creating additional jobs.

A fragmented market is always in consumer interest. A consolidated market restricts the consumer choices. Thus, if the number of establishments is reduced and consumer options are eliminated, structured retail is hardly likely to serve consumer interests. It can even lead to international retailers with deeper pockets to first sell at low prices, eliminate competition and then exploit the consumers. The consequences of predatory pricing can always be felt.

Much is being made out of the backend infrastructure like cold chains will develop only when international retailers enter India. Cold Chain is neither a rocket science nor a proprietary technology. It seems bizarre that in order to set up a chain of cold storages it can be suggested that food distribution chain of India be handed over to corporations controlled by foreign entities. The farm-gate to the factory-gate argument is based on the logic that once middle-men are eliminated, the farmer will get more and the products will become cheaper. The only agricultural product in the domestic market, which currently follows the farm-gate to factory-gate principle, is sugarcane. If only the market forces operate without the help of a state-advised price, the cane growers would have been put to starvation. If the farmer does prosper on account of international retailers then why it is that the farmers in the USA and the EU have to be subsidized to an extent of $1 billion each day.

FDI in retail cannot be introduced merely as a knee-jerk response because the government is suspected to have abandoned Economic reforms. We are not opposed either to the concept of FDI or giving an additional thrust to the reform programme. Changes which hurt the Indian economy can hardly be termed as reforms.