Understanding the meaning of an Indian Identity : Dr. Swamy 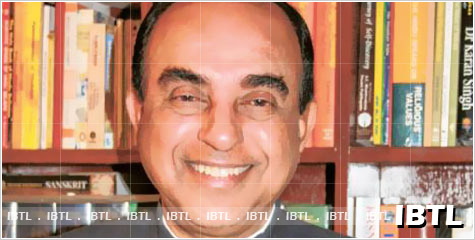 • Since becoming free of British Imperialist rule in 1947, modern India’s ideological space had been for the subsequent four and half decades circumscribed by an essentially a pro-Soviet Union and Left--leaning socialist, secular and ostensibly democratic framework,Philosophical issues were also debated within that framework, termed loosely as “Marxist”.

• The Left-leaning intellectuals saw the Indian identity in a geographical and not civilisationally or philosophically, as of a peninsular area created as a by-product of British Imperialism and colonisation, as a multi-national, multi-ethnic, and multi-lingual modern state. Any argument that India has an overriding civilizational identity was condemned as “communal” or “saffron”. They advocated that secular focus required that history and the social dynamics be interpreted as economics or materialist driven.

1. The renaissance in thought initiated by Bankim Chatterjee, Sri Aurobindo, Swami Vivekananda, Dr. Ambedkar, and Mahatma Gandhi in the late nineteenth and early twentieth century in harmonizing the material growth and spiritual advancement, was aborted after 1950 when the Soviet Union’s influence took hold in the academia and intellectual discourse. The Left version of Indian history was fundamentally no different from what Macaulay to Max Mueller had designed for a purpose.

2. But now a certain consensus is thus taking shape all over the world that material progress alone will not increase the feeling of well-being of a people. It has to blend with spiritual and implied moral values, that is values to make national development meaningful to the people.

3. Society of course as Swami Vivekanand observed, needs to eat and live tolerably well.Material progress is thus necessary, but it must not be an end in itself. We thus have to modify today’s Globalisation phenomenon accordingly.

4. This is a fundamental philosophical issue, and the premise of our true national identity— the development of an integral human empowered to pursue material progress and one who does not sacrifice spirituality or the basic values of inter-personal relationship, moral values and environmental concerns.

6. We have now to call for a closure on this subject. The failure to date, to resolve this crisis, has not only confused the majority but confounded the minorities as well. However, without a resolution of the crisis, which requires an explicit clear answer to this question, the majority will never understand how to relate to the legacy of the nation, and to the minorities.

7. Minorities would understand how to adjust with the majority only if this identity crisis is resolved. In other words, the present dysfunctional perceptional mismatch in understanding of who are we as a people, is behind most of the communal tension and inter-community distrust in the country. It also weakens India's integrity.

8. In India, the majority is the conglomerate Hindu community which represents about 81% of the total Indian population, while minorities are constituted by Muslims [13%] and Christians [3%].

9.Sikhs, Jains, Parsis, and some other small religious groups, represent the remaining 3%.Though these groups are also considered minorities, but are really so close to the majority community in culture that they are considered as partners of Hindu society.

10. Unlike Islam and Christianity, these minority religions were born as dissenting theologies of Hinduism. They share the core concepts with Hindus such as re-incarnation, equality of all religions, and ability to meet God in this life. That they feel increasingly alienated from Hindu society nowadays is also the consequence of India’s identity crisis.