The 'liberal chameleons' of India - loud against Hindus, silent against rest 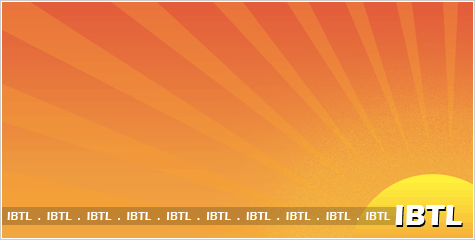 I remember chatting with a self-declared Liberal, during a fine day when MF Hussain accepted Qatar citizenship. The liberals were shouting, with beating on their chests, and were pleading to him to come back. Hussain knows the economics more than the liberals of India, and he never came back. So that day, I was “abusing” MFH in a social networking site. One secular liberal came and protested my tweets, and I explained to him, freedom of expression is not absolute and there should be reasonable restrictions, and the courts should be allowed to decide whether MFH paintings hurt the Hindu community or not. The liberal said, Freedom of expression is absolute in a democracy and started spaming me with a series of liberal tweets. I asked him then “Shall I paint a porn Portrait of your mom?”. Having heard this from me,he started abusing me, worse than any Bajrangdal activist had abused MFH. And I showed him his own tweets, and asked what happened in MFH issue is the same, He abused with his paintings, Goddesses and Bharatmata, who Hindus consider as their mother.

So there should be reasonable restrictions of freedom of expression. Here in the case of Salman Rushdie, muslims reacted. Those who equate muslim reaction to SR, to that of Hindu reaction to MFH must also explain the difference in reaction. Any community be it Hindus, muslims, Christians, Jews, Communists and “seculars”, will react to people who abuse their Icons. But the reaction, the way they react, and the effect of reaction differ. Let us talk about Muslim Reaction after Salman Rushdie wrote Satanic Verses. I will try to explain it briefly.

As soon as Satanic Verses was published, the supreme Leader of Iran ordered muslims to kill Salman Rushdie, and the Indian Prime Minister banned the Import of the book. The book however was translated to many languages, and the Japanese translater was stabbed to death. The Italian and Norwegian translater survived assassination attempts. Turkish Translater suffered attack in which he survived, but 37 other people killed. In India several places witnessed riots and Hooliganism, the latest was seen in Jaipur, when the fanatics threatened to riot, if the video conference with Rushdie took place in the literary fest.

Having described the muslim reaction to Rushdie, I think it is obvious to you how soft comparatively was the Hindu reaction against MF Hussain. But the liberals are bent on generalizing it as an Indian reaction. Of course, many painting exhibitions were vandalized by Hindu “extremists”, but no one has ever killed anyone in the name of MF Hussain although this was also a communal Issue. It is also MFH, was a Padma Vibhushan, who later ran away from the country saying, “the situation is so legally complicated”

Liberals and Indian Media, however , are bent upon tarnishing Hindus also for what Muslim orgs did to Rushdie and his fan following. One typical reaction was from Sagarika Ghose who said “Those who protested strenuously against Husain should also protest about insults to all other religions…why double stds? Why Hindu Right up in arms against Husain but not supporting brother religions in their struggle against their own ‘sickulars? ’Every muslim group, deoband, aimplb, said husain had indeed insulted religion.why hindu right can’t understand muslim right?”. What we must understand here is the basic fact that Hindu (Sanathana Dharma) and Semitic religions cannot come to the same side against those who ridicule them. This is because the Abrahamic religion themselves strive, and originated by tarnishing the Hindu faith. Open up any Abrahamic books, be it the Bible or Koran, you can see many passages, in which the God Himself curse/abuse/ridicule the Hindu faith accusing them of Idolators, Polythiests etc. Not only their Books, but the people of those books, also spread their TRUE Religion by tarnishing, twisting hindu Epics and showing them in bad light. That means MFH , who himself was a Muslim, did what a normal mullah do every day, abusing Hindus and non-Muslim faith in whatever way possible. The Christianity, particularly the evangelists are not much different. So Hindu cause is not just MFH, but the so called religions who tarnish it as a daily affair.

Having said so, if the freedom of Expression is absolute, let me write an article abusing MF Hussain, His personal life. And let us see how liberals react to it ? If MFH can abuse my Bharatma, Rama , Sita and Hanuman, Is it not my freedom of expression to abuse the abuser ? To conclude, any freedom which is guaranteed by constitution is not absolute, Reasonable restrictions must be imposed. Neither the liberals, nor the offended must decide what is reasonable and what is not. Let the courts of Law decide. And it is not me who is saying so, The Law Says So.