The Path of Vegetarianism 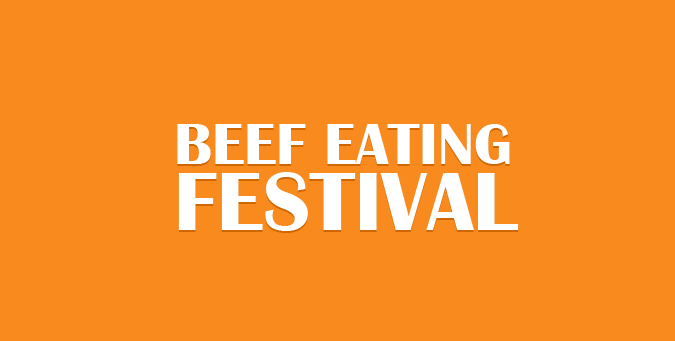 Osmania University has been in lime light for its anti-national philosophy in past couple of years. The recent one being the “beef eating festival”. While one has total freedom on choosing what to eat, the way of protesting by promoting beef eating beats all the logic! The promoters of this festival claim they are against the food fascism, now I really wonder what according to them fascism is. Are the laws or principles which are beneficial for the society a kind of fascist? The recent article by IBTL on how the production of agricultural product are sufficient to feed all the people on earth gives very good insight on how food deficit around the world can be removed. Apart from this it has been proved that vegetarian diet is healthier than a non-vegetarian. People following vegetarianism are lesser prone to disease like cardiac arrest, etc.

Promoting Vagen diet has been gaining popularity in Europe. This is mainly because of increased awareness about its benefits which not only effects physical body but also has positive effect on mental level.  On the other hand it is astonishing to see that educated people from India are protesting such practice. I don’t really understand how such educated youth can promote such non-sense thing like beef eating festival.

The diet pattern of people is highly attributed to the place and climate they live in. We are lucky to have climate and land on which crops can be grown round the year. In many other countries land cannot be used for cultivation most of the year either due to low temperature or extremely high temperature and hence led those people to eat meat as their main food. Moreover our ancestors were wise and formed a culture of vegetarianism which was very well kept until our education system was Macaulised. Many people have started eating meat just to show that they are no more narrow minded Indians as their elders are or were. This is nothing but just an act of foolishness.  In reality people have forgotten all the knowledge which our ancestors discovered through there century long research. The sad part is that our education system has made us think only negative about our history and made us think that our ancestors were nothing but some religious fools who just followed whatever was according to religion. The fact is that everything had logic and science behind it, the only difference is that now we have long forgotten those logics and don’t even try to find answers behind it. We take it for granted that it has to be something senseless. Instead of writing further on this it is better to read the article: "देश में चल रहे गुप्त षड्यंत्र को समझने के लिए!"

Further it has also been extensively stated and scientifically proved that meat industry is one of the major green house gas (GHG) emitters (Greenhouse gases trap solar energy, thereby warming the earth's surface). According to a report by the United Nations Food and Agriculture Organization (FAO) about 20% of worlds GHG emissions come from meat production. For producing a hamburger which weighs quarter of Kg releases as much GHG to atmosphere as driving about 1400 Kg of vehicle for distance of 16 Km! It has been emphasized in many seminars and environmental summits to reduce meat production so that GHG emissions can be controlled.  Now imagine if 400 million (can be more if other people who eat meat rarely or very less are included) people in India who are vegetarian start eating meat. First of all there will be a global crisis of meat; secondly the improvised people will increase, who are already too many in India. We should be more careful about this because any change in climate will result on more natural calamities like drought and will pose serious threat to food reserves. Apart from this, increase in temperature will result increase in sea water level and India having one of the longest coastline will get affected too badly. Clearly from economic perspective as well as from environmental perspective meat has negative impact on our country.

There are lots of campaigns going out in EU which promotes vegetarianism to decrease GHG emission and in the end to attain sustainable living. Because in the end a society free from meat is most sustainable. And this has now been understood by several developed economies. I think that just like “Yog” when it went to US became “Yoga” and then our macaulised people accepted it, similarly our vegetarianism has been already termed as “Vagen” and will soon get accepted by our own people! Instead of being a mentor to the world on this we would soon become a follower. It is shame that people in the name of freedom are misguiding other people and leading them to follow a destructive path.

Related articles
# What is India: A Federal State?
﻿# Political Self destruction is now an Art Form
# Letter against removal of Devnagari numerals from Education