Has India failed because of its Judicial System? 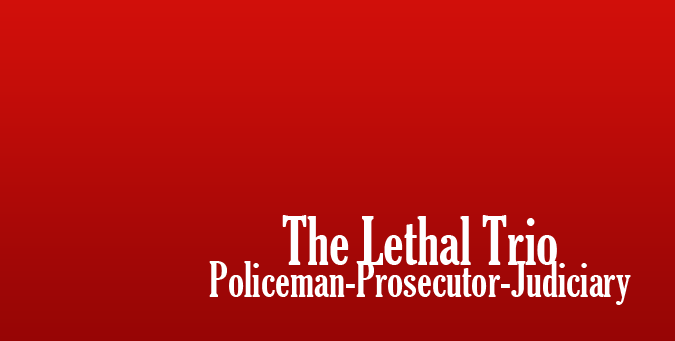 The protests in Delhi about the brutal gang rape of a 23 year old girl are more than just a spontaneous outpouring of grief over the victim. The citizens of this country are seething with rage over a callous unresponsive government and judiciary.

They are no longer fooled by promises of action and statements such as “law will take its course” or setting up of toothless judicial commissions.

Justice Delayed is Justice Denied.
1. There is a backlog of 30 million cases in India. Even if no new cases are filed, it will take about 350 years to dispose of them all. If a common man gets cheated or assaulted or murdered his family will have to move heaven and earth to get justice which will ultimately be denied to them. This is true of cases where no high profile individuals are involved.

2. Judgements in high profile cases like the fodder scam have still not been received inspite of having a special court to deal with the issue.

3. The term of the current LokSabha is nearing an end but the electoral fraud case against the present Finance minister has just commenced. It will probably be a decade before all the appeals are finished.

4. Celebrities like Salman Khan have not appeared in court despite being summoned 82 times. Does the Judiciary not even view this as an insult? Anyone with a little knowledge can manipulate the system at will.

5. Not a single conviction of a single politician has come for the 1984 Sikh carnage.

6. The so called landmark verdict on black money where a SIT was ordered to be appointed was referred to a larger bench where it has lingered for over a year and a half. This raises serious questions about judicial independence in India.

7. An open and shut case like Kasab's will take 4 years to work its way through the system. Of course the prosecutor Ujjwal Nikam would claim that it is a great triumph, but if even this case had not ended we would have been the laughing stock of tinpot republics in Sub-Saharan Africa

Compare the above delays with cases in the US, such as the Rajat Gupta conviction, Enron scam and Bernard Madoff case. In all these cases the trial was finished in regular courts in 1-2 months.

9. Cops simply don't have the time to investigate any case as they will be called for securing routes for VIP convoys, attend to traffic holdups, escort under-trials to courts, do passport verifications etc.

10. Without training or forensic support all they can resort to is crude torture to elicit confessions and claim to have solved cases. Any confession made before a police officer is inadmissible as evidence. So this is an exercise in futility. This lack of admissible evidence is a major cause for pathetically poor conviction rates (around 15%) for rapes in India. Is it so hard to do a DNA test in this day and age? It is sheer callousness and criminal indifference on the part of the police.

11. Appointments to inspector, sub-inspector, constable etc are made after bribes running into several lakhs. These people are just interested in a return on their investment and not doing their job, so they deliberately destroy evidence, botch investigation, bully witnesses to prevent them from coming forward.

12. Even the rare instance of an upright officer, will be subject to threats and coercion. It is simply impossible for such an individual to function in such an environment.

13. The next stage is the public prosecutor who is a political appointee. Most of these are ignorant of the law and again susceptible to the same bribery and coercion from higher ups as the policeman.

14. The ignorance of the prosecutor is typically reflected in the size of the charge-sheet. Instead of being brief and to the point, charge-sheets are an example of verbal diarrhea in poor English. All that is required for conviction is 1 witness who will stand firm. Instead dozens of witnesses some of whom are probably unconnected with the case or can be influenced are cited and these will turn hostile during trial and undermine the credibility of the true witness. This is a reflection of the 'history exam mentality' where it is believed that pages and pages of junk is a substitute for facts.

15. The CBI is a classic example of political interference. As Mr. Joginder Singh (ex Director) has repeatedly stated, it can't even take a bathroom break without permission. The Bofors case is a classic example of how an open and shut case was deliberately sabotaged by the CBI which in fact went out of its way to ensure that Mr. Quatrochi was allowed to go scot free with his loot. We have all seen how the CBI deliberately waters down cases against the likes of Mulayam and Mayawati in return for their support to the government.

16. The final stage is the judges. Judges are appointed from a pool of lawyers, most of whom do not inspire any confidence. The hooliganism and booth capturing seen during bar council elections brings shame to the legal fraternity.

17. Once a bad judge is appointed he has to just sit tight and keep getting promoted. This is why the quality of judgments in lower and higher courts has consistently gone downhill. Mr. Arun Shourie's book on this subject is a must read for anyone.

18. Judgments instead of being to the point are often long essays in poor English. Some judgments are so bad that they either do not address the issue that is asked, or are self contradictory or are simply unimplementable. It is widely believed that reserving judgments is a way of demanding inducements.

19. There are many instances of rampant corruption in the lower and higher judiciary. Noted activist Prashanth Bhushan has even said publicly that 8 of the last 16 chief justices were definitely corrupt. The silence of the judiciary on this allegation is deafening. Are they afraid to take on Mr. Bhushan? The icing on the cake seems to be the rumor going around that a certain female lawyer traded sexual favors to a spokesman of a political party to get appointed as a judge.

20. Lack of reform in the administrative mechanism causes case details to be physically transported from lower to higher courts for appeals. There is a crying need for electronic transfer, tracking and monitoring of petitions. So a case relating to a property or murder in Nagalalnd will physically move through 4 or 5 appeals courts, finally making its way to the Supreme Court. At every stage the evidence will be either lost or manipulated.

When a system is in such shambles no-one without the tenacity and perseverance of Dr Subramanian Swamy can fight cases. Imagine how effective India's one man army for justice would be in a system that actually worked.

Law will take its own course. I have complete faith in the law.

Have we not heard the above line parroted by every politician accused of graft, rape or murder? What they really mean is that they are absolutely confident that they will be able to get away.

In such a situation, what is an ordinary citizen expected to do? Is he expected to run after justice endlessly while the other party 'manages' the system, or should he take matters into his own hands and then 'manage' the system? This is a question that every citizen of this country needs to ponder about. Unless all the above flaws are rectified vigilantism and mob justice will become the norm. After all when the system has failed, it is but natural that people set right the injustices done to them as they have no-one to turn to.

What is the solution?
01. Throw out the present CrPC and CPC into the dustbin. Replace it with the American model to ensure speedy trials. Cases stretching for decades are UNACCEPTABLE. I have no faith in your judiciary. ALL trials must end in 3 months. Not just rape trials.

04. Have a training institute for cops, prosecutors and judges and increase the number of courts, judges and cops. India has the lowest fraction of cops and judges for its population.

05. Have a transparent system to investigate corruption in the judiciary.

06. Expose corrupt judges and cops. Have the harshest penalties for those who betray public trust.

07. Setup an independent ombudsman to investigate judicial and police corruption and ensure independence of the CBI.

08. Judges must be barred from holding public office or heading commissions such as the NHRC after retirement. This is a form of inducement to the judiciary. Even the Pakistani Supreme Court has more independence and courage to confront the executive and legislature compared to the Indian Supreme Court.

10. Judges who release rape accused on bail must have a permanent black mark against their career and lose all chance of promotion if the accused repeats the offence or threatens a witness while on bail.

11. For extremely brutal rape cases, a public physical castration and beheading is necessary to serve as a deterrent.

12. Judgments should be brief and to the point. The operational part of the judgment should be confined to 1 or 2 pages. And a 1or 2 page explanation for the same may be provided. Judges need not pretend to be literary masters and waste their and the litigants time.

13. There needs to be a foolproof electronic way of transferring case related documents from lower to higher courts to save time, money and the prevent the possibility of destruction of evidence.

Either all these reforms can be done, or people will do what is necessary and 'manage' the system later. This is what true reform is all about Mr. PM (where you fix the corrupt and broken legal system). Tinkering with percentages for FDI in retail in exchange for suitcases of goodies is not reform.