Dhagevadi sets an example of self-employment 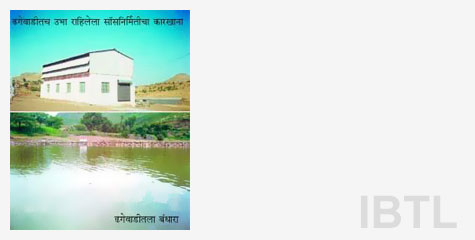 The village, where not even the yearly requirement of the food grains was fulfilled, has now become self-sufficient because of the herculean efforts of a youth named Bhaskar Pardhi. Bhaskar is a karyakarta of Vanavasi Kalyan Ashram.

Dhagevadi, a small village situated in Akole tehsil of Maharashtra’s Ahmednagar district. Like other backward villages, this village was also deprived of the approach road. Farming activity was carried out only in 148 hectares out of the 371 acres of total cultivable land. Rain water used to drain away because of the lack of conservation methods. Crops such as groundnut, paddy etc were taken but the yield was very less. Even the yearly requirement of the food grains was not getting fulfilled. People used to wander in search of work due to lack of jobs in the villages.

The face of the village has now entirely changed due to the herculean efforts of the youth called Bhaskar Pardhi. Bhaskar used to study at Vanavasi Kalyan Ashram’s hostel. The education at Vanavasi Kalyan Ashram gave him a new vision. After completing the education, he used to think day and night about the development of the village. One day, he got an opportunity to attend a camp in Pune. At the camp, he got information about agriculture and the agro-based industries. He decided to set up a tomato farm at Dhagewadi. In 1992, along with three people, Bhaskar set up tomato farm in the village for the first time. He tasted success. The experiment turned fruitful for Dhagewadi. Ten people now came forward for the same job. Embankments were built to fulfill water requirement. Because of the water availability, the number of people interested in tomato farming started growing. The land that was once regarded as barren is now yielding two to three crops per year. Tomato has become a major crop of this village. A road was also needed so as to take the crop to the market. Villagers didn’t wait for government assistance but themselves constructed the road by mutual co-operation.

After this achievement, villagers now decided to move a step ahead. ‘Ambe-mata Abhinav Tomato Sauce Manufacturing Co-operative Society’ was established. About 20 to 25 tonnes of tomato sauce is manufactured every year. The sauce is sold in Mumbai and Pune. The cost is about 30 per cent less as compared to top brands. It is to be noted that 35 tribals are the members of this project which is the first of its kind in the region.

2) Another two youths collect the milk, produced in the village and take it to Pimpalgaon on a motorcycle. Milkmen give them certain commission for this job.

3) Grazing and chopping in forest is totally banned in the village. Firewood is obtained from trees located in the outskirts of the village. Cattle fodder is auctioned. Rs 30,000 have been generated by auctioning fodder and firewood since last two years.

5) Villagers sit together for taking public decisions. Personal quarrels are also settled in village itself. The village is totally addiction-free. Earlier, the literacy was quite less but now many youths study in the colleges.