Gujarat's ultra-modern city GIFT to roll out in Gandhinagar 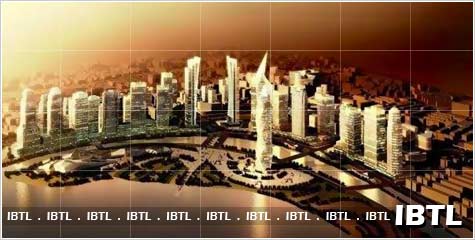 Work on the proposed Rs 78,000-crore nano city Gujarat International Finance Tec-City (GIFT) has now started in Gandhinagar. The project is Modi's dream project and is expected to have the first occupant move in by March. The first phase is to be completed in 3.5 years.

GIFT would have a command and control centre to monitor the IT infrastructure and for a quick automated emergency response system. The city will have an energy-efficient district cooling system called District cooling, which uses chilled water to cool buildings, and is being tried in places like Toronto, Cornell University and Masdar City in Abu Dhabi. It is believed to consume 90% less energy compared with traditional air-conditioning.

The city will also have an automated vacuum waste collection systems, in which garbage is sorted out and then sucked away at high speed through underground tubes to a central location, which can be as far as 20 km away. It is being used in cities such as London, Montreal, Stockholm and Barcelona. Automated waste collection can be combined with biomass energy generation systems, so GIFT will burn waste to generate energy.

With technologies like this, GIFT is going to become a model city which other Indian cities will emulate. The stock exchanges of London, Tokyo and Singapore have evinced interest in setting up offices in GIFT, and so have many Indian banks.