Op-Ed: Shame on You, Harvard University : Dismissal of Dr. Swamy 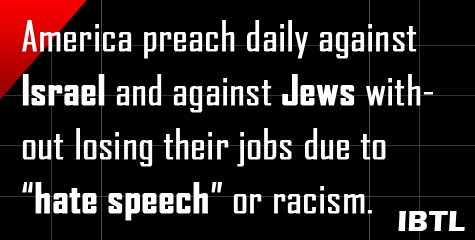 Harvard has come to the aid of Islamic fundamentalists in their quest to dominate India and South Central Asia by their dismissal of Indian Prof. S. Swamy for writing of Muslim persecution in India. For shame!

What am I talking about? I am talking about the Islamic persecution of infidels on every continent—a persecution which is still ongoing; about forced conversions to Islam; and about the genocidal extermination of 80 million Hindus over a period of six centuries (1000-1500 CE).

What I’ve just written is historically true as is Islam’s history of anti-Black racism, slavery, and gender and religious apartheid. Ibn Warraq has a new and very important book just coming out on this very subject. It is titled: Why the West is Best. A Muslim Apostate’s Defense of Liberal Democracy.

This is not true only in the Middle East or in Islamic central Asia. It is true in the major and most prestigious universities in the United States.

For example, in the summer of 2011, Yale got rid of the elegant and sophisticated Dr. Charles Small (The Yale Initiative for the Inter-disciplinary Study of Anti-Semitism), because he dared to hold a conference in which Islamic anti-Semitism and Islamic terrorism were discussed. This outraged the “Palestinians”, south-Syrians, Jordanians, and Egyptians on campus. Calls were made, letters were written.

The Ivy League professoriate, including the Jews, were exceedingly nervous about having such a politically incorrect Jew in their midst and on their faculty.

Thus, although Yale did not have to pay a penny for Dr. Small’s endeavor (he came with his own funding), they dismissed him. Dr. Small was able to establish a beachhead for five full years. In these times—not bad but especially in these times, not good enough.

Now, Harvard has similarly dismissed a distinguished and highly respected Professor or Economics, an Indian Hindu, Professor Subramanian Swamy. He taught at Harvard for 20 years, every summer.

What was his “crime?” In the wake of a second Islamic terrorist attack on Mumbai (July, 2011), in which 26 people were murdered and 130 were  wounded, Professor Swamy wrote an article about this tragedy. Please recall that in 2008, Islamic jihadists launched a long and horrific attack on Mumbai, in which 164 people were murdered and 308 wounded. The Pakistani Islamist group behind this chose Mumbai because it is a densely populated commercial and entertainment center; they targeted Westerners, tourists, wealthy Indians, and, of course, Jews.

Professor Swamy, is also the President of the Janata Party and served as both India’s former minister of Commerce and Industry as well as the former minister of Law and Justice. This learned man published an op-ed piece in an Indian newspaper in which he reminded his readers of the long history of Hindu persecution at Muslim hands and of the contemporary stated intentions of Pakistani-based terrorist groups to convert all India or to kill those who resist. He suggested adopting a “Hindu mindset” as the first way of fighting back against this.

In a letter to Harvard President, Drew Gilpin Faust,  Dr. Jagan Kaul, Retired Professor of International Law and Chairman, Diversity-USA, defended Dr. Swamy’s right to hold his opinion without being dismissed because that opinion was being viewed, by some Harvard students and by a handful of highly politicized faculty, as anti-Islamic “hate speech.”  Professor Kaul writes:

“Dr. Swamy has clearly stated that ‘Islamic terrorism is India’s number one national security problem….and already the successor to Osama bin Laden as the al-Qaeda leader has declared that India is the priority target for that terrorist organization and not the USA.’  Towards the concluding portion of his analysis Dr. Swamy has summarized the goals of the Islamic terrorism in India. He believes that their number 1 goal is to overawe India on Kashmir….By demanding the abrogation of section 370 of the Indian Constitution Dr. Subramanian Swamy has been trying to reverse the dangerous advance of Wahabi Islam in the Indian sub-Continent and in the process saving the US from having to deal with one more nasty, bloody and complex development in the world.

"How unfortunate and regrettable it is that Dr. Swamy is being banished because he showed the wisdom, fortitude and guts for doing the right thing by fighting the Jihadis before it was too late.”

On December 6, 2011, Professor Swamy was formally dismissed by Harvard. I do not know if he has any legal recourse. Harvard’s reputation is certainly damaged—just as Yale’s has been.

Professor Swamy should be allowed to write op-ed pieces in India that are not held against him in the United States.

I am not sure whether he preaches against Muslims in his Economics classes. We do know that many professors all across America preach daily against Israel and against Jews without losing their jobs due to “hate speech” or racism. I do know that infidels are cursed in many mosques and madrassas and in Islamic state universities across the world. ”

This situation affects us all. The West must understand that silencing men like Professor Swamy is in a sense an act of Jihad. We are aiding the Islamic fundamentalists in their quest for domination in India and South Central Asia.

Prof. Phyllis Chesler is the author of fifteen books, including Women and Madness (Doubleday, 1972), The Death of Feminism: What's Next in the Struggle for Women's Freedom (Palgrave Macmillan, 2005) and most recently, The New Anti-Semitism. She is the co-founder of the Association for Women in Psychology and the National Women's Health Network.