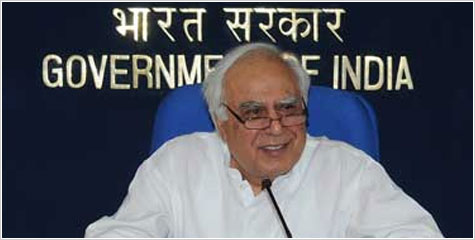 Communications Minister Kapil Sibal has announced a radical recast of the telecom policy with five major objectives: broadband on demand, a simple one-nation-one-licence policy that will end roaming charges, separation of telecom network operations from service delivery, and sale of spectrum at market-determined prices and  to allow for the orderly exit of operators who are unable to fit in.

A major implication of a “one-nation-one-licence” policy is that mobile number portability, which is currently restricted to one circle, will become national – you can take your number with you to any part of the country – and roaming charges will be abolished.

Also, in future, separate licences would be required for network operation and service delivery while currently there’s only one license for both. Currently, all operators get “free” spectrum as part of the licence, with additional spectrum being paid for at various rates. In future, the policy says all additional spectrum will be given only at market-determined prices. The spectrum policy will be administered though a new Spectrum Act, and those who receive spectrum will be allowed to pool, share and trade it.

Sibal said a key objective of NTP 2011 is to erase the rural-urban digital divide. As against the current rural teledensity of 35 percent, the policy objective is to achieve 60 percent by 2017, and 100 percent by 2020. To enable the “broadband for all” vision to take shape, some 500 Mhz of additional spectrum will be sold through auction by 2020 – with 300 Mhz of that coming up over the next five years. Broadband targets are to achieve 175 million broadband connections by 2017, and 600 million by 2020, with every village being connected by a broadband network by 2014. “We want broadband to be a matter of right,” said Sibal.

The New Telecom Policy is being announced against the backdrop of the multi-billion dollar 2G spectrum scam that has already sent Sibal’s predecessor to jail.