No permission in Uttrakhand, Baba Ramdev asks people to vote for BJP and CPI 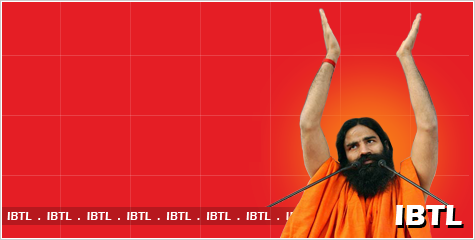 Yoga Guru Baba Ramdev on Wednesday asked people to vote for BJP and CPI in the coming Assembly elections in five states and "reject" other parties which have failed to accept "genuine" issues of bringing back black money and corruption.

"Those parties, which are not supporting and accepting the genuine issues of bringing back black money and corruption, must be rejected in the elections as their intentions are bad," Ramdev told reporters here.

He said in response to the letters sent by him to all political parties asking for their acceptance on seven points including declaring black money stashed in foreign banks as national assets and others, only two parties-- BJP and CPI gave their acceptance.

He said he also wrote to Congress President Sonia Gandhi and Prime Minister Manmohan Singh on the issue of black money but he got no response from them or their representatives.

Ramdev said he would soon visit election-bound states of Uttar Pradesh and Punjab and make a similar appeal to voters.

Without taking any names, he said he wanted to hold a meeting in Haridwar for which he gave an application 15 days ago but he was not given permission under "some pressure" in the name of threat to peace and law and order.

"I want to know what wrong I have done which posed threat to the peace and law and order. I have only talked about bringing back black money from foreign banks. Is this a sin," he asked.

Ramdev said whenever somebody talked about black money, corruption and corrupt system, why leaders of only one party challenged him to fight elections.

"I want to ask them should all the 121 crore people of the country fight elections to take their rights," he said.