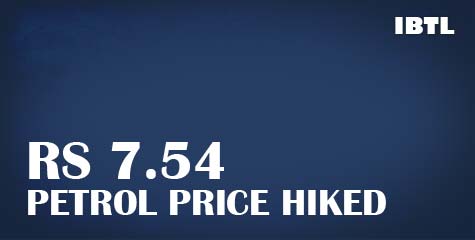 The UPA govt has always proclaimed itself as a govt of the masses and claimed to make the standard of living of the downtrodden better. But what comes out as another shocking blow is the recent hike in petrol prices. Not even a day after the budget session concluded, the opportunistic govt gave the aam aadmi a not so aam petrol price hike, the 6.28 Rs hike is the biggest petrol price hike ever in India.

But what really raises question is the government’s attitude towards the hike. “The decision has been taken, petrol is a deregulated commodity,” says Pranab Mukherjee. The truth however is, even after the govt’s decision to deregulate petrol in june 2010, the Oil marketing companies (OMCs) are unhappy about the deregulation and want a suspension on deregulation. The OMCs claim that it still has to consult the govt before a hike and hike is brought in effect only if the centre agrees. Besides, the OMCs are not subjected to compensation for the losses incurred by them even after pricing petrol according to govt’s mandate.

The price hike has given rise to nation-wide protests. Even the members of the UPA and its supporters have shown their displeasure to the hike. Speculations of UPA’s new ally in the form of Samajwadi party were put to rest with Mulayam singh calling the hike ‘anti people’ and demanding an immediate roll back. Strong reactions were also seen when Mamata Banerjee and Narendra Modi lambasted the govt for not bringing the hike during the parliament session. As usual the govt will defend its stand by justifying the hike and expressing the ‘heavy losses’ it incurs.

But the question everybody, including our very able mainstream media, fails to ask is the so called losses the OMCs and govt incurs. If the petrol pricing mechanism is considered, it just goes on to show the 45% income in terms of taxes which govt gets per litre of petrol. Even if the price of Brent crude oil is taken into consideration at its peak (early May), which was around $128 per barrel, the basic price of petrol is around 42.33 Rs.

How?  Well each barrel contains 158.76 litres and the value of rupee during early May was around 52.51 Rs. The math clearly shows the basic price of petrol. Add to this the refining cost that comes up to not more than 0.50 Rs, the capital refining cost and transportation cost both at 6 Rs each and the dealer’s commission at 1.05 Rs. The total comes up to 55.88 Rs, but when the petrol enters the retail market, it costs 45% more due to the heavy taxes and duties levied by the central govt . Further the international crude oil prices have seen a steep fall. From $128 during the beginning of the month to around $105.81 as of today, the basic petrol price hence falling from 42.33 Rs to 37.32rs.

The govt seems to ignore the havocking effect of the hike on the common man. How long will the people let this happen? Only time will tell.